Susan KishBoard Chair
I was the executive director for an urban Juvenile Court in Lake County,
Ohio for 16 years and prior to that for 18 years, the supervisor of the
Court’s counseling department. My educational background includes a BA
with majors in English, Sociology and minor in Psychology. My masters is
in Sociology. I am certified by Hazelton Addiction Center as a drug/alcohol
assessment counselor and served as an assessment counselor and
developed recovery family sessions for the Lake County Juvenile Court.
Under the auspices of the Governor of Ohio, I also participated in the Lake
County Family and Children First Council serving as member of Council
and as chair of the Children’s Committee which was tasked with resolving
therapeutic and placement issues for multi-need children.
My husband, Doug, and I moved full time to Brevard 15 years ago.
Both my husband and I owned horses during high school
I decided to start riding again 12 years ago and bought my horse, Copper.
Now I own 3 horses.
I am familiar with therapeutic riding as a friend of mine owned her own
therapeutic riding center and I would send employees and referrals to that
center throughout my career. I have been impressed since moving to
Transylvania County with Free Rein’s dedication to helping clients be the
best they can be through working with horses. As a Board member, I am
committed to Free Rein’s motto of “Making the Impossible Possible”. 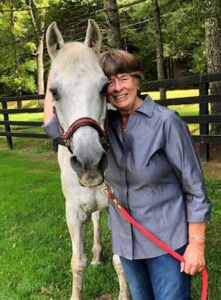 Andy BullwinkelVice Chair
While attending Baylor high school, Andy took horseback riding lessons and worked at the barn. There, he participated in several horse events including dressage, stadium jumping, and cross-country jumping. He also became involved with the Chattanooga polo club. At first simply by exercising and cooling off the polo horses and eventually participating in several of the weekend practice games.

After graduating from Florida State University, he taught 9 th grade physical science for 4 years at McClay high school in Tallahassee, Florida. In 1988 he was recruited to be the program director at Camp Carolina for boys in Brevard. After that first summer, Andy, his wife, and newborn daughter chose to make Brevard their home. Their son was born the next year in Brevard. Four years later, Andy became the assistant director at Camp Illahee for girls.

In 2005, Andy took the science teacher position at Davidson River High School, the local alternative high school in Brevard. While working at DRS, Andy first learned about Free Rein. The middle school students there took lessons at Free Rein and since Andy had his bus driver’s license, he often drove them out to the barn for their lessons. After reading a newspaper article describing Free Rein and the upcoming volunteer orientation and training, Andy became involved. For many years while still teaching school, Andy volunteered as the horse leader for a single student every Wednesday afternoon during the spring and fall sessions. This experience helped Andy realize just how beneficial the Free Rein horses & lessons were to not only each student, but also for giving the family a quiet one-hour break during the lesson time. Andy retired from teaching after eleven years and found he had some free time. Being a morning person, Andy has volunteered to feed the horses Monday thru Friday mornings for several years now. During this time, Brittany, caught him fixing small things around the barn; hose holders, door hinges or latches, motion flood lights. Now Andy enjoys working with Brittany as a handy man for many of the special projects she comes up with. Andy continues to be a substitute horse leader when needed, continues to feed horses and do morning barn chores, and always love hearing Brittany’s chuckle when she says she has another project in mind. 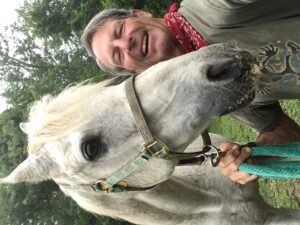 Jim GarrettTreasurer
Jim, a native of Brevard, joined Free Rein 3 years ago as a volunteer. He was amazed at the positive life changing events the students experienced while participating in our programs. After graduating from Wofford College, he spent 30 years with IBM as director of Sales and Marketing and 8 years with The Princeton Review of New York as VP of sales. His wife Toni is also a volunteer and is a PATH certified instructor. They both feel very blessed to be a part of Free Rein, where they see dreams come true. 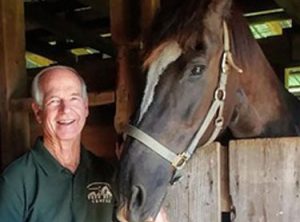 Sharad CreasmanBoard Member
Sharad is a married 37 year old native Brevardian, graduating from Brevard High School and Brevard College with a Bachelor’s degree in Religious Studies. He has a Masters of Divinity degree with a concentration in ethics from the Morehouse School of Religion in Atlanta. He also has a Masters of Theology degree from Emory University’s Candler School of Theology. The middle of next month he will defend his thesis for his Ph.D. degree from Clemson. He first became interested in ministry at the age of 18 when he was licensed to preach and became an associate minister at Bethel “A” Baptist Church in Brevard. The Mud Creek Baptist Association in Flat Rock later ordained him. He is a contributing author to the African American Lectionary and the African American Pulpit Journal. He has also had the honor of offering the opening prayer at a session of the U.S. Senate. Besides being highly educated and a masterful communicator, he is also, as I discovered, very “cool” and just delightful to be around. In warm weather he could often be seen on campus wearing shorts and a tee shirt. 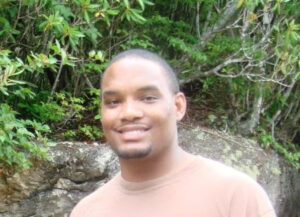 Linda FelderhoffBoard Member
Upon relocating to Brevard, Linda wanted to be a part of Free Rein and has been a volunteer since 2017. She is honored and appreciative of the opportunity to witness the “magical connection” that happens between a student and a horse.
Linda’s retired professional background consists of Compliance Analyst for an E-Rate Program, Office Manager of The Free Clinic of Transylvania County and Business Officer at the University of Alabama at Birmingham Division of Nephrology. Linda also enjoys woodworking with her husband, Kevin and hiking with their daughter, granddaughter and dogs. 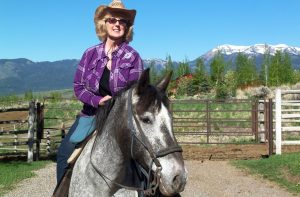 Porsha SmithProgram Chair
Porsha Smith is a Board Member as well as the Chair of our Programs Committee. A Brevard native, she started with Free Rein as a volunteer in 2004. She is a retired Speech Pathologist who spent the majority of her career working with children who have significant cognitive delays. Currently, Porsha is working on her Active Animal and Therapy certification. 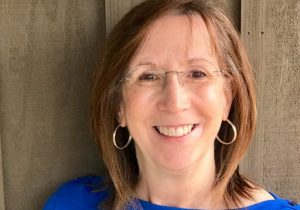 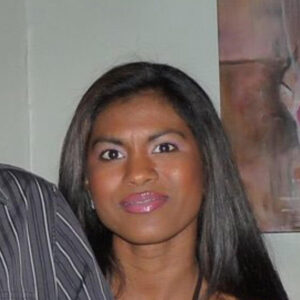 Connie EdmandsBoard Secretary
As a retired nurse and current business owner, I understand the importance of service to others. I didn’t have to think twice about the opportunity to join Free Rein Board of Directors, knowing that the organization is dedicated to helping people of all ages who have a wide range of challenges. I am an animal advocate, having rescued many dogs over the years with my husband, and currently we have 5 dogs (or I should say they found a home with us and stayed!). 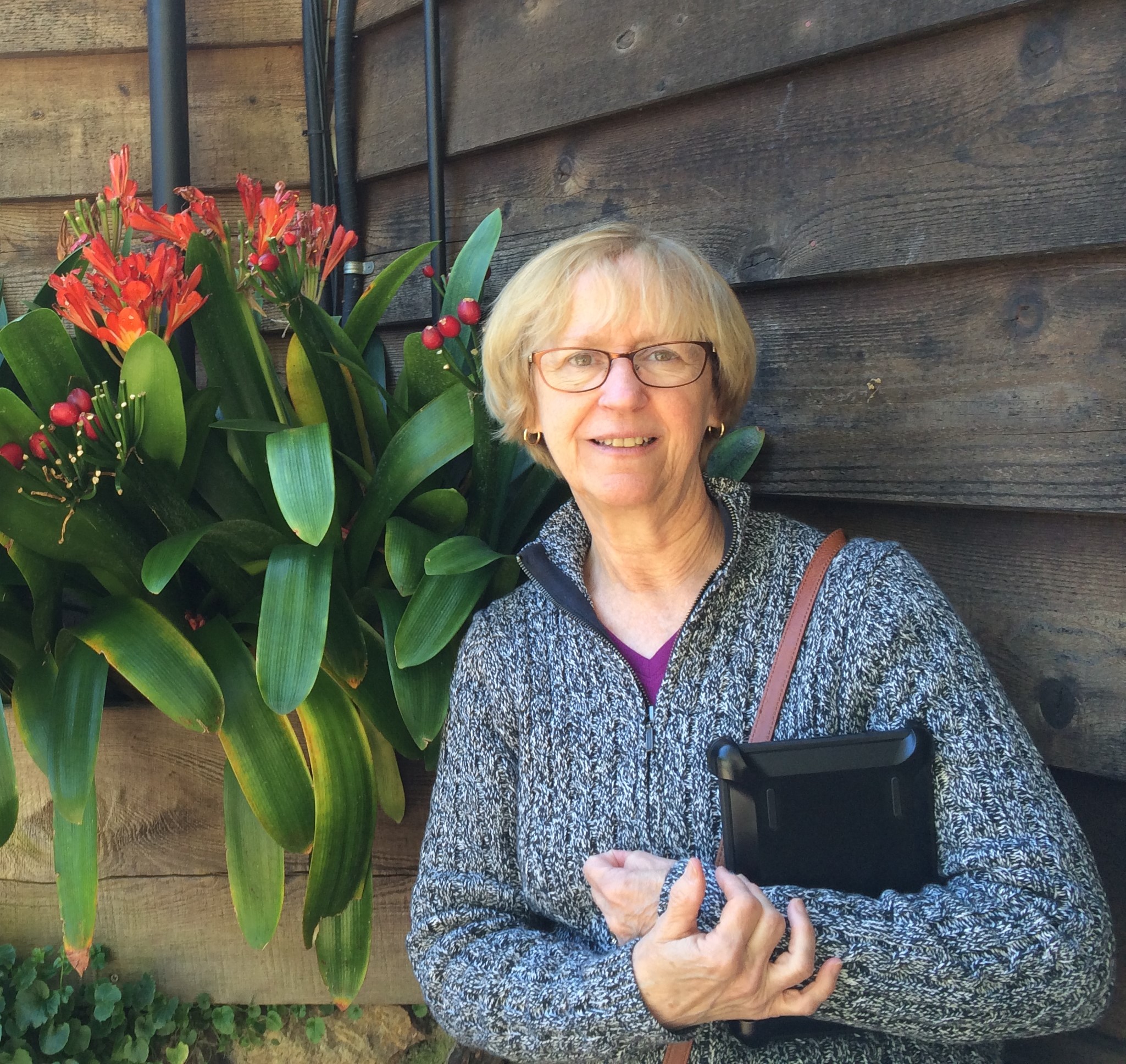 Leta became a volunteer for Free Rein in 2015 and has volunteered primarily as a horse leader, although she has enjoyed sewing saddle covers and playing music for the Halloween Barn. She wholeheartedly believes in the mission of Free Rein and finds it to be an absolutely magical place where the staff are heroes, the students are inspiring, and the other volunteers are amazing people.

Leta and Victor are the proud parents of three beautiful daughters and have been blessed with nine grandchildren. They raised their family in Gainesville, Florida, where they lived for over forty years. While there, Leta attended the University of Florida as an undergraduate, majoring in English and Education. She then went on to receive her Juris Doctor degree from the University of Florida School of Law.

As an attorney, she represented children charged with delinquent acts, and prosecuted adults charged with serious crimes. She then spent 21 years as a judge on the county and circuit benches, handling a variety of caseloads, including criminal, family, dependency, and delinquency. Leta retired from the bench in 2014.

In addition to volunteering with Free Rein, Leta is active in the music ministry at Sacred Heart in Brevard, and enjoys golf, and spending time with family and friends. 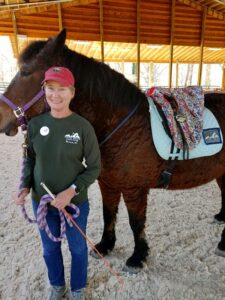 Carter Heyward Director Emeritus
Carter is a retired seminary professor, Episcopal priest, and feminist liberation theologian and author. She founded Free Rein in 2000 to draw together her love of animals, especially horses, and the work of caring for vulnerable human beings. At one time or another, Carter has worked at Free Rein as volunteer, instructor, horse-trainer, stall-mucker, fund-raiser, Board Chair and Executive Director. She is the author of several books and speaks frequently to groups. 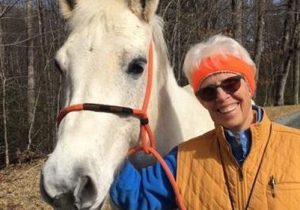